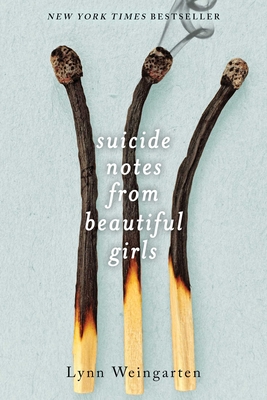 
Ships to Our Store in 1-5 Days
The New York Times bestselling “taut, sophisticated thriller” (BCCB, starred review) packed with twists and turns that will leave you breathless.

They say Delia burned herself to death in her stepfather’s shed. They say it was suicide.

But June doesn’t believe it.

June and Delia used to be closer than anything. Best friends in that way that comes before everyone else—before guys, before family. It was like being in love, but more. They had a billion secrets, binding them together like thin silk cords.

But one night a year ago, everything changed. June, Delia, and June’s boyfriend Ryan were just having a little fun. Their good time got out of hand. And in the cold blue light of morning, June knew only this—things would never be the same again.

And now, a year later, Delia is dead. June is certain she was murdered. And she owes it to her to find out the truth…which is far more complicated than she ever could have imagined.

Sexy, dark, and atmospheric, Suicide Notes from Beautiful Girls will keep you guessing until the very last page.
Lynn Weingarten is a writer and editor. She is the author of Wherever Nina Lies, The Secret Sisterhood of Heartbreakers, The Book of Love, Suicide Notes from Beautiful Girls, and Bad Girls with Perfect Faces. She lives in Brooklyn, New York.
"Weingarten keeps the tension taut; every time June resolves to answer a question, it raises two more. The novel is quietly suspenseful; readers will be draw to the well-written and well-rounded characters—even the supporting players. Thoughtful and provocative, this will be a hard book for teen readers to put down until the thrilling, twisted end."

“Simultaneously a pulse-pounding, breathtakingly twisty thriller and a complex, unflinching, heart-breaking examination of female friendship, Suicide Notes From Beautiful Girls is a story of love, damage, and an all-consuming relationship with the power to save or destroy--and it's unforgettable."
— Robin Wasserman

"Twisted and intense in all the right ways, Suicide Notes from Beautiful Girls will keep you guessing (and your pulse racing) until its stark, shocking conclusion."
— Micol Ostow, author of the NYPL Favorite Spooky Tale AMITY