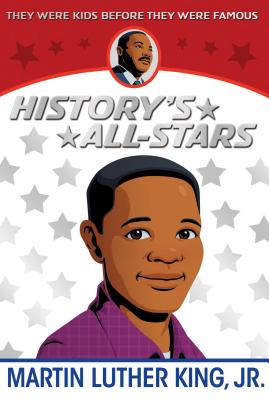 
Available at One of Our Locations
Discover how the childhood of Martin Luther King, Jr. prepared him to be a prominent civil rights leader and one of American history’s greatest all-stars.

Martin Luther King, Jr., had an enormous effect on race relations in the United States and is well known for his civil rights activism beginning in the 1950s and continuing until—and beyond—his assassination in 1968. He was instrumental in the creation of the Civil Rights Act of 1964 and the Voting Rights Act of 1975, and he received the Nobel Peace Prize in 1964.

In this narrative biography you’ll learn about Martin Luther King’s childhood and the influences that shaped the young boy into a man who had a dream of equality that lives on today.
Dharathula Millender was born in Terre Haute, Indiana. She earned a BS from Indiana State Teachers College and an MS from Purdue University. Mrs. Millender was a teacher and school librarian. She is the author of several books, including biographies of the young Crispus Attucks, Louis Armstrong, and Martin Luther King, Jr.