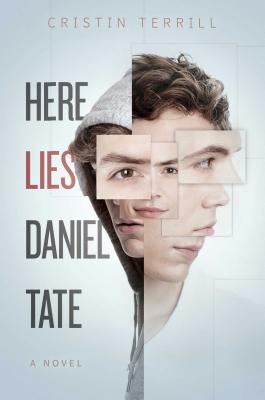 
Ships to Our Store in 1-5 Days
A young, street-savvy runaway looking for a place to call home realizes he might have conned his way into the wrong family in this “unique suspense novel with twists and turns that will keep readers guessing” (School Library Journal) from award-winning author Cristin Terrill.

It seems too good to be true when Daniel Tate, missing since he was abducted from one of California’s most elite private enclaves at the age of ten, turns up on a snowy street in Vancouver six years later. At first too traumatized to speak, he is eventually able to tell the authorities who he is and is reunited with his overjoyed family. In time, they tell him, he’ll recover the memories he’s missing; all that matters is that they have him back.

It’s perfect. A miracle. Except for one thing:

But he wants to be. A young con artist who’s been taking on false identities for years, this impostor has stumbled onto the scam of a lifetime. Daniel has everything he’s ever dreamed of—wealth, privilege, the chance to make a fresh start, and most importantly, a family that loves him. Now that he’s finally found a place to belong, he doesn’t question his luck.

Until he realizes that maybe Daniel isn’t missing at all. Maybe someone knows what really happened to the boy he’s pretending to be…and if he can’t uncover the truth—he could be next the next Daniel Tate to disappear.
Cristin Terrill holds a bachelor of arts from Vassar College and a master of arts from the Shakespeare Institute in Stratford-upon-Avon. She lives in Virginia, where she leads creative writing workshops for DC-area kids and teens and emerging YA novelists. Her first novel All Our Yesterdays was the winner of the International Thriller Writers’ award for Best Young Adult Novel. She is also the author of Here Lies Daniel Tate. Visit her online at @CristinTerrill.