Pyongyang Lessons: North Korea From Inside the Classroom (Paperback) 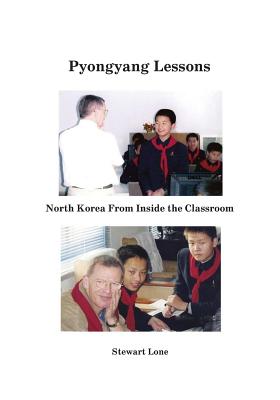 From 2010-12, the author went every six months to teach at two major secondary schools in Pyongyang, the capital of North Korea. Over these visits, he spent hundreds of hours teaching several hundred teenage schoolboys, and some schoolgirls, in the classroom and in informal conversation groups. In this book, he recounts his experiences and presents what he learned about their lives, study, ideas, interests, and ambitions. Who, for example, would have thought, in a society routinely dismissed as reclusive and repressive, that schoolchildren learn about Ireland, about Maoris and their customs, have discussions on being creative and on animal rights, that young boys idolize a Barcelona footballer, and that a favorite joke concerns a North Korean army deserter? What emerged through these experiences and observations, in school and in candid talks with teachers, officials, and a wide variety of ordinary people, is an intimate portrait, nowhere else available, of the human face of Pyongyang and of a generation set in future years to lead the country.

Stewart Lone is professor of modern Asian history at the University of New South Wales, Australia, and the author of many works on Japan and Korea. Between 2010-2012 he was a regular working visitor to major schools in Pyongyang and has been interviewed on this work by the press in Beijing, Seoul, Sydney, and Washington DC.