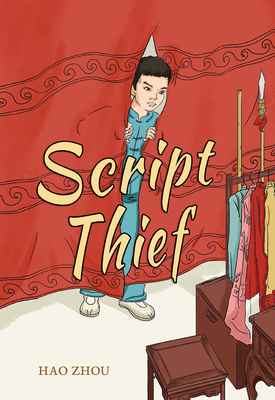 
Currently Unavailable
As an outstanding children’s novel centered around the anti-Japanese war, Script Thief presents the perspective of Lianshui, an ordinary Chinese youth during the war, retelling the extraordinary story of a touching war of resistance waged by all the people, evoking both praise and tears.

The troupe that Lianshui joined was threatened by Japanese invaders to perform The Butterfly Lovers. Thus he had to take the risk to steal the script from the competitor. During this, he coincidently saved the life of Bai Bilin, an allied soldier from the U.S. Flying Tigers, and sent Bai to the base under the help of his friends. Finally, Lianshui was donated with the script from the competitor and directed “a great performance” to resist against invasion, with joint effort from friends and allies.

With an exquisite structure and plot, this story depicts heroic images of ordinary people as well as the enchanting custom and landscape of Hubei. Moreover, it relates the theme of anti-war to unique elements of Chinese countryside and cultural essence of Huang Mei Opera, which are ingeniously structured as a particular feature.
Since he first started creating children’s literature in 2012, Hao Zhou has published close to a hundred novels and fairy tales. His works are scattered in Children’s Literature, Eastern Youth, and other journals. As a writer of children’s literature born in the 1980s, his works mostly involve local themes, deriving the nutrition of literature from the native soil to further describe the true meaning of childhood and life.