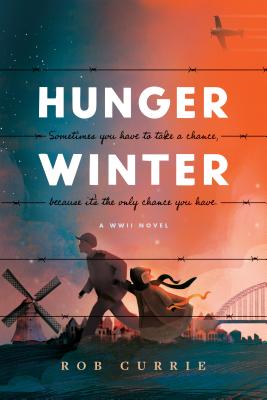 
Ships to Our Store in 1-5 Days
"I read this book with great interest. I would love to encourage everyone to read this book." --Frits Nieuwstraten, Director, Corrie ten Boom House Foundation

The thrilling story of one boy's quest to find his father and protect his younger sister during the great Dutch famine of World War II.

"Sometimes you have to take a chance, because it's the only chance you have."

Thirteen-year-old Dirk has been the man of the house since his papa disappeared while fighting against the Nazis with the Dutch Resistance. When the Gestapo arrests Dirk's older sister, who is also a Resistance fighter, Dirk fears that he and his little sister, Anna, might be next.

With only pockets full of food and his sister asleep in his arms, Dirk runs away to find his father. As Dirk leads Anna across the war-torn Netherlands, from farmyards to work camps, he must rely on his wits and his father's teaching to find his way.