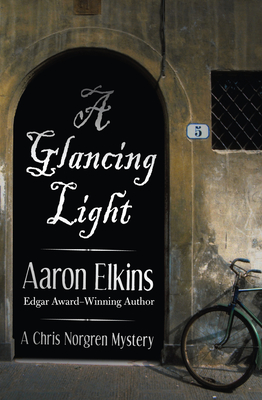 This is book number 2 in the Chris Norgren Mysteries series.

A museum curator travels to Italy and looks into a murder in this "fresh, funny and] thoroughly enjoyable mystery" by the author of the Gideon Oliver series (Publishers Weekly). Mild-mannered and law-abiding, Chris Norgren, curator of Renaissance and Baroque art at the Seattle Art Museum, is an unlikely undercover investigator, but when a priceless Rubens portrait is discovered in a shipment of "authentic reproductions" in a local warehouse, Chris is pressed into service to find out how it got there. The quest leads him to the medieval city of Bologna, one of his favorite places, but all too soon what might have been a welcome Italian interlude turns into a bizarre journey into shady art world doings and murderous secrets . . .
Aaron Elkins is a former anthropologist and professor who has been writing mysteries and thrillers since 1982. His major continuing series features forensic anthropologist-detective Gideon Oliver, "the Skeleton Detective." There are fifteen published titles to date in the series. The Gideon Oliver books have been (roughly) translated into a major ABC-TV series and have been selections of the Book-of-the-Month Club, the Literary Guild, and the Readers Digest Condensed Mystery Series. His work has been published in a dozen languages. Mr. Elkins won the 1988 Edgar Award for best mystery of the year for Old Bones, the fourth book in the Gideon Oliver Series. He and his cowriter and wife, Charlotte, also won an Agatha Award, and he has also won a Nero Wolfe Award. Mr. Elkins lives on Washington's Olympic Peninsula with Charlotte.