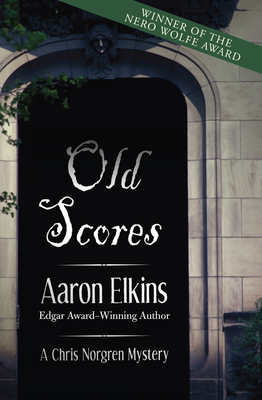 This is book number 3 in the Chris Norgren Mysteries series.

A notorious French art dealer is murdered in this "thoroughly entertaining" mystery by the Edgar Award-winning author of the Gideon Oliver series (Kirkus Reviews). It is a headline-making story: the discovery of a previously unknown Rembrandt. Ren Vachey, the iconoclastic art dealer who claims to have uncovered it, wants to make a gift of it to the Seattle Art Museum, but curator Chris Norgren is wary. Vachey is notorious in art circles for perpetrating scandalous shams; not for profit but for the sheer fun of embarrassing the elite and snobbish "experts" of the art establishment. And thanks to the web of strings attached to Vachey's donation (e.g., no scientific testing permitted), even Rembrandt expert Chris is uncertain as to whether or not the painting is authentic. His doubts multiply when he goes to Dijon to examine it and finds himself in the middle of a host of controversies of which Vachey is the devilish focus. But there is no doubt that the bullet soon found in Vachey's head is authentic. And there is no telling how much time Chris has to find the truth about the "masterpiece"--and the murder--before he finds himself painted into a corner by a shrewd and villainous murderer. 1993 Nero Award, given by the Nero Wolfe Society/the Wolfe Pack for literary excellence in the mystery genre.
Aaron Elkins is a former anthropologist and professor who has been writing mysteries and thrillers since 1982. His major continuing series features forensic anthropologist-detective Gideon Oliver, "the Skeleton Detective." There are fifteen published titles to date in the series. The Gideon Oliver books have been (roughly) translated into a major ABC-TV series and have been selections of the Book-of-the-Month Club, the Literary Guild, and the Readers Digest Condensed Mystery Series. His work has been published in a dozen languages. Mr. Elkins won the 1988 Edgar Award for best mystery of the year for Old Bones, the fourth book in the Gideon Oliver Series. He and his cowriter and wife, Charlotte, also won an Agatha Award, and he has also won a Nero Wolfe Award. Mr. Elkins lives on Washington's Olympic Peninsula with Charlotte.