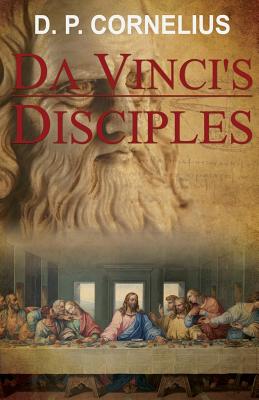 
Ships to Our Store in 1-5 Days
Will Leonardo da Vinci ever allow their paintbrushes to touch the famed wall? Apprentice Dom dreams of adding to The Last Supper, if only fellow apprentice Romolo would get out of his way. But instead, Leonardo wants Dom to build and test his inventions. Alas, from diving suits to gliders, success is hard to come by. All are disappointed-from Leonardo to young housekeeper Fiorella. Dom becomes key researcher of the lives of Jesus' disciples, as well as keeper of Leonardo's many drawings. But when some military drawings go missing-feared sold to French enemies-Dom becomes a suspect. Competition, sabotage, and betrayal take center stage as the apprentices' dreams are shattered. If only they could develop persistence and forgiveness, and realize they're more than just disciples of Leonardo. Could it be their lives would become eerily similar to the very disciples they're so anxious to paint? D. P. Cornelius' second Christian novel, following The Baker's Daughter, illuminates the lives of Leonardo da Vinci as well as Jesus' disciples. Doug is a Twin Cities, Minnesota native, retired from careers at Target, American Express, and 3M. When not writing, he enjoys time with his wife of 41 years, two children, three grandchildren, complacent old dog, and frolicsome new cat Selah.