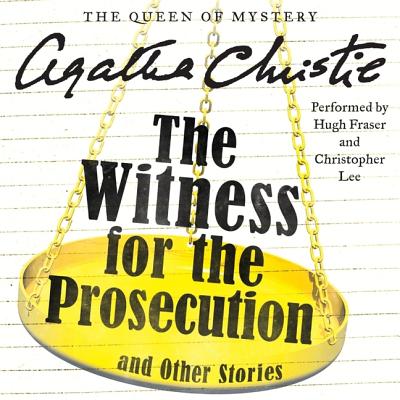 This is book number 1948 in the Hercule Poirot Mysteries (Audio) series.

Witness for the Prosecution and Other Stories is a collection of eleven tantalizing tales of murder and other criminal pursuits--including the classic title story, the basis for the 1957 Oscar-nominated Billy Wilder film starring Marlene Dietrich, Tyrone Power, and Charles Laughton.

A murder trial takes a diabolical turn when the wife of the accused takes the stand. . . . A woman's sixth sense--and a loaded revolver--signal premonitions of doom. . . . A stranded motorist seeks refuge in a remote mansion and is greeted with a dire warning. . . . Detective Hercule Poirot faces his greatest challenge when his services are enlisted--by the victim--in a bizarre locked-room murder.

From the stunning title story (which inspired the classic film thriller) to the rarest gems in detective fiction, these eleven tales of baffling crime and brilliant deduction showcase Agatha Christie at her dazzling best.