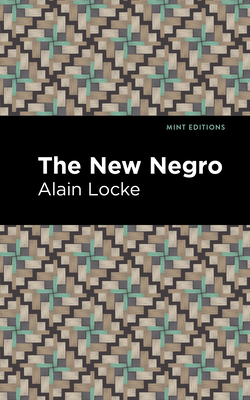 The New Negro (1925) is an anthology by Alain Locke. Expanded from a March issue of Survey Graphic magazine, The New Negro compiles writing from such figures as Countee Cullen, Langston Hughes, Zora Neale Hurston, Jean Toomer, and Locke himself. Recognized as a foundational text of the Harlem Renaissance, the collection is organized around Locke's writing on the function of art in reorganizing the conception of African American life and culture. Through self-understanding, creation, and independence, Locke's New Negro came to represent a break from an inhumane past, a means toward meaningful change for a people held down for far too long.

" F]or generations in the mind of America, the Negro has been more of a formula than a human being--a something to be argued about, condemned or defended, to be 'kept down, ' or 'in his place, ' or 'helped up, ' to be worried with or worried over, harassed or patronized, a social bogey or a social burden." Identifying the representation of black Americans in the national imaginary as oppressive in nature, Locke suggests a way forward through his theory of the New Negro, who "wishes to be known for what he is, even in his faults and shortcomings, and scorns a craven and precarious survival at the price of seeming to be what he is not." Throughout The New Negro, leading artists and intellectuals of the Harlem Renaissance offer their unique visions of who and what they are; voicing their concerns, portraying injustice, and illuminating the black experience, they provide a holistic vision of self-expression in all of its colors and forms.

With a beautifully designed cover and professionally typeset manuscript, this edition of Alain Locke's The New Negro is a classic of African American literature reimagined for modern readers.