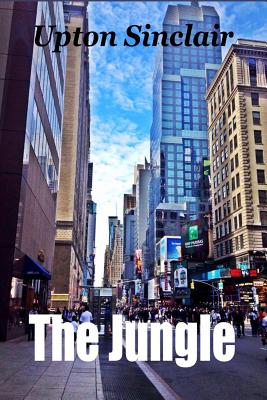 
Ships to Our Store in 1-5 Days
(This book cannot be returned)
Upton Sinclair's muckraking masterpiece The Jungle centers on Jurgis Rudkus, a Lithuanian immigrant working in Chicago's infamous Packingtown. Instead of finding the American Dream, Rudkus and his family inhabit a brutal, soul-crushing urban jungle dominated by greedy bosses, pitiless con-men, and corrupt politicians. While Sinclair's main target was the industry's appalling labor conditions, the reading public was most outraged by the disgusting filth and contamination in American food that his novel exposed. As a result, President Theodore Roosevelt demanded an official investigation, which quickly led to the passage of the Pure Food and Drug laws. For a work of fiction to have such an impact outside its literary context is extremely rare. (At the time of The Jungle's publication in 1906, the only novel to have led to social change on a similar scale in America was Uncle Tom's Cabin.) Today, The Jungle remains a relevant portrait of capitalism at its worst and an impassioned account of the human spirit facing nearly insurmountable challenges.