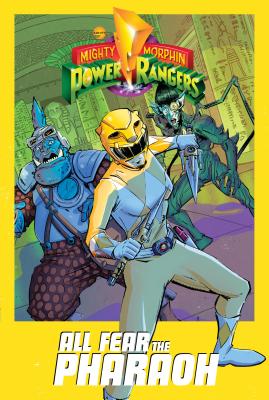 
Available at One of Our Locations
Get inside the mind of the Yellow Ranger in this brand-new adventure from the Power Rangers.

When danger threatens the small town of Angel Grove, five ordinary teenagers must become extraordinary. This original Power Rangers story follows Trini and the rest of the crew as they battle evil forces from destroying their world.
Neo Edmund, child actor turned best-selling author, screenwriter, and comic book writer began his career in Hollywood appearing on numerous television shows, most notably as a member of the infamous Putty Parole on 75 episodes of Mighty Morphin Power Rangers and Power Rangers Zeo. Opting to pursue his passion for writing he transitioned into the creative side of the film and TV industry.

Most recently, WordFire Press published Neo's first novel of a five book series titled A Tale of Red Riding, Rise of the Alpha Huntress. He has written numerous animated TV episodes including Hasbro's Kaijudo - Rise of the Duel Masters.