Byzantine Fortifications: Protecting the Roman Empire in the East (Hardcover) 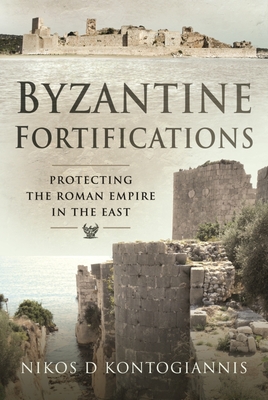 Byzantine Fortifications: Protecting the Roman Empire in the East (Hardcover)


Ships to Our Store in 1-5 Days
The Byzantine empire was one of the most powerful forces in the Mediterranean and Near East for over a thousand years. Strong military organization, in particular widespread fortifications, was essential for its defense. Yet this aspect of its history is often neglected, and no detailed overview has been published for over thirty years. That is why Nikos Kontogiannis's ambitious account of Byzantine fortifications - their construction and development and their role in times of war - is such a valuable and timely publication.

His ambitious study combines the results of decades of wide-ranging archaeological work with an account of the armies, weapons, tactics and defensive strategies of the empire throughout its long history. Fortifications built in every region of the empire are covered, from those in Mesopotamia, Syria and Africa, to those in Asia Minor, the Aegean and the Balkan peninsula.

This all-round survey is essential reading and reference for anyone with a special interest in the Byzantine empire and in the wider history of fortification.