To Kill or Not to Kill (Paperback) 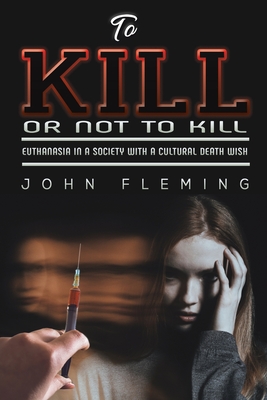 Euthanasia emerged as a talking point for progressives and secularists in the West in the 1960s. Given that they simply appropriated (without anyone's permission) control of national and private broadcasters, newspapers and university faculties, it became, eo ipso, a matter of public controversy.
Other modish enthusiasms of that period - sexual licentiousness and psychotropic drugs for example - have long been abandoned, but the quest for legislative sanctioning of the killing of the old and infirm and distressed never abated; not a parliamentary year passed in one of the Australian States, it seemed, or even at Commonwealth level, but another bill was placed on the notice paper. Well, in the states of Victoria and Western Australia, that bill is now an act as it is in Canada, various states in the USA, The Netherlands, Belgium and other nation states.
It has remained an Article of Faith for the left throughout all of the decades of post-modernity - just like that other form of authorised killing: abortion. Why is this? What is it about these issues that evoke in the minds and imaginations of liberals and leftists an almost millenarian enthusiasm?
It required a scholar of Father Fleming's insight and experience to provide us with the explanation, in this, the latest and, in my view, most important of his publications.
His answer takes us to a close examination of the real legacy of the enlightenment, and it is not the benign and rational one that generations of us have been taught to believe in our schools. His careful unravelling of the three centuries of the secular project from Rousseau to Safe-Schools can leave us in no doubt as to what comes next if we don't stand up for the Christian inheritance of our institutes. It was always about power. And power always ends up being about persecution.
Father Fleming has been a priest, a broadcaster, a controversialist and a scholar in his long and distinguished journey through public life.
His book will be essential reading for the many Christian folk of all denominations who now understand that our age will be one that will call upon them to be soldiers as well as servants for the church.
- Stuart H Lindsay, barrister and former federal circuit court judge.