The Origins of Iris (Hardcover) 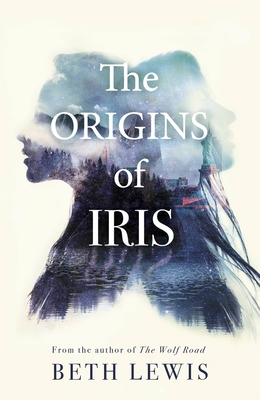 The Origins of Iris (Hardcover)


Available at One of Our Locations
Author of the critically-acclaimed debut The Wolf Road, Beth Lewis returns with her brand new novel The Origins of Iris where Wild meets Sliding Doors.

'I opened my eyes and the woman wearing my face opened hers at the same time.'

Iris flees New York City, and her abusive wife Claude, for the Catskill Mountains. When she was a child, Iris and her father found solace in the beauty and wilderness of the forest; now, years later, Iris has returned for time and space to clear her head, and to come to terms with the mistakes that have led her here. But what Iris doesn't expect in her journey of survival and self-discovery is to find herself - literally.

Trapped in a neglected cabin deep in the mountains, Iris is grudgingly forced to come face to face with a seemingly prettier, happier and better version of herself. Other Iris made different choices in life and love. But is she all she seems? Can she be trusted? What is she hiding?

As a storm encroaches, threatening both their lives, time is running out for them to discover why they have been brought together, and what it means for their futures.

An important, searing novel about one woman's journey in fleeing an abusive relationship and confronting the secrets of her past.
Beth Lewis was raised in the wilds of Cornwall and split her childhood between books and the beach. She has travelled extensively throughout the world and has had close encounters with black bears, killer whales, and Great White sharks. She has been, at turns, a bank cashier, fire performer, juggler, and is currently the Publishing Manager at Rebellion.  She lives in Oxford with her wife and daughter.