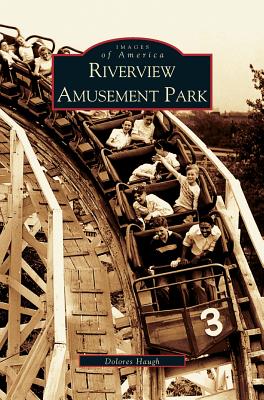 
Ships to Our Store in 1-5 Days
(This book cannot be returned)
Every summer from 1904 to 1967, for 63 years, Riverview--the world's largest amusement park--opened its gates to millions of people from all walks of life. For three generations, the Schmidt's family park offered rides, shows, food, and music to men, women, and especially children. Riverview survived depressions, two World Wars, labor disputes, Prohibition, and a World's Fair that threatened to take a great deal of its business. Riverview Amusement Park tells the story of Riverview's growth from 22 acres and three rides to 140 acres and more than 100 attractions. Through an extensive collection of never-before published images, author Dolores Haugh chronicles the tale of this impressive chapter of Chicago history. Known as the "Roller Coaster Capital of America," Riverview remained a Chicago landmark until it was unexpectedly closed in 1967.