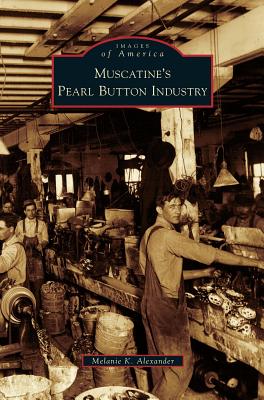 
Ships to Our Store in 1-5 Days
(This book cannot be returned)
The Mississippi River town of Muscatine produced billions of pearl buttons. By 1905, Muscatine made 37 percent of the world's buttons and earned the title of "Pearl Button Capital of the World." The rise and fall of the pearl button occurred over a period of 75 years. John Frederick Boepple, a German immigrant button maker, launched the industry in 1891. The button and clamming industries started small but quickly overwhelmed the town. Clamming became the Mississippi River's gold rush while large automated factories and shell-cutting shops employed nearly half the local workforce. Entire families--men, women, and children--contributed to the industry, giving weight to the popular local saying "No Muscatine resident can enter Heaven without evidence of previous servitude in the button industry." Although the industry peaked in 1916, several decades passed before the American-made pearl button buckled under the pressure of foreign competition, changing fashion, limited availability of shell, and the development and refinement of plastic buttons.