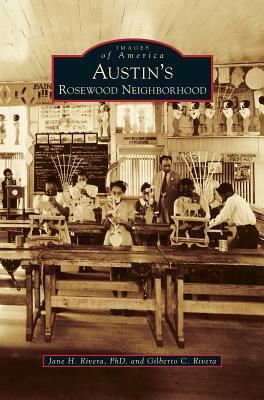 
Ships to Our Store in 1-5 Days
(This book cannot be returned)
Rosewood is a historically African American neighborhood on the east side of Austin. It takes its name from Rosewood Avenue, which runs through the heart of the area. Rosewood was first settled by Europeans in the late 19th century, and beginning in the 1910s, the City of Austin adopted as official policy the goal of segregating African Americans in East Austin. Rosewood has been the official home of Austin's Juneteenth, or Emancipation Day, celebration. June 19th was the day that news of the Emancipation Proclamation reached Texas--two years after the fact. The exact location of the celebration has changed over the years, but whether it was Emancipation Park or Rosewood Park, Austin's major Juneteenth event has always been in Rosewood.