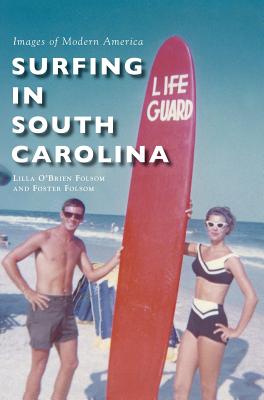 
Ships to Our Store in 1-5 Days
(This book cannot be returned)
For centuries, the ocean waters of the Atlantic have impacted the daily lives of those on the South Carolina coast. Beginning in the 1960s, those waves caught the imagination of young beachgoers who studied magazines and Super 8 films and refined their moves on rent-a-floats until the first surfboards became available in the area. The buildup to the Vietnam War brought GIs and their families from the West Coast and Hawaii to South Carolina, and their surfboards came along with them. Unbeknownst to each other, local surfers concentrated in the beach and military base areas of Beaufort/Hilton Head, Charleston, and Pawley's Island/Grand Strand began to conquer nearby surf breaks. When contests finally brought these groups together, a statewide sport was born.