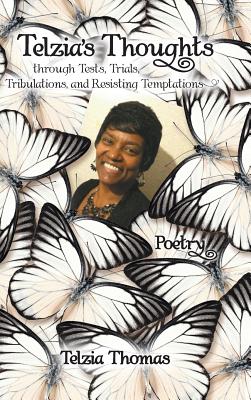 After a long battle with substance abuse, Telzia Thomas was blessed to find someone who believed in her and led her to the twelve-step program that set her free from a self-made prison. Telzia did not know, however, that her problems were far from over, as she was soon forced to grieve the loss of her mother and big brother, John, to battles with cancer.

She mourned their absence, but more pain was yet to come when her husband fell ill with the same terrible disease. This tough time inspired Telzia to put her pain on the page, and so grew this honest, sometimes heartbreaking poetry collection, written in commemoration, but also as an uplifting tool to those going through similar misfortune.

Caring for her daughter, a child with disabilities, opened Telzia's eyes to all the amazing things her child was capable of--and that God was capable of, too. She eventually found the silence that allowed her to walk with Jesus and find peace away from the anticipation of death. Through turmoil, she found her closest friend: God the Father.