Letters to the Muse II: The Return of Love (Hardcover) 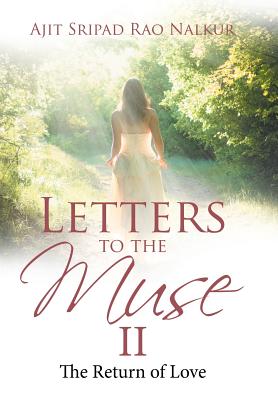 Letters to the Muse II: The Return of Love (Hardcover)

Poet Ajit Sripad Rao Nalkur has been writing since age eleven and was initially inspired by the poor of the city in which he was raised. Throughout his many travels, he came to love the country folk he met. This empathy for the underprivileged, along with the innocence found in farming communities, defined his uncomplicated approach to writing poetry.

In this poetry collection, his seventh--and second of a possible trilogy--Nalkur continues to narrate the story of his love affair with the Muse, focusing on her and the effect she has on his world. Letters to the Muse II: The Return of Love flows on from the previous collection of the same title and is arranged chronologically to preserve continuity of the underlying story.

His subjects are the poor and simple folk of the city and countryside. His love for humanity inspires the simplistic approach he chases throughout his life in writing. This is a peaceful collection that delves into the mysterious realms of love between dream and reality, seeking to achieve the fusion of the two worlds with poetic force and expression.