Cordial Relations Between Africa and America in the Twenty-First Century: How the United States Can Help to Transform the Continent (Paperback) 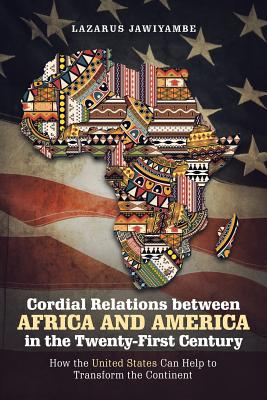 Cordial Relations Between Africa and America in the Twenty-First Century: How the United States Can Help to Transform the Continent (Paperback)


Ships to Our Store in 1-5 Days
(This book cannot be returned)
Since the 1960s, the United States of America and African nations have had a rocky relationship. Lazarus Jawiyambe explores why the U.S.A. has so often been at odds with the continent. Many times, he argues, the relationship has suffered because of misunderstandings. The results of these misunderstandings, however, have been profound, with many African nations opting to mainly deal with other powers, including the former Soviet Union, the European Union, and China. Both sides, the author says, would be well-served if they could work together for the good of all. Africa could be an even more vital economic and strategic partner if American leaders treated African nations the same way they do Europe, Asia, and the Pacific Rim. To move the relationship to a higher, more constructive level, the leaders of America and African countries must engage in regular dialogue and meetings, the author says. No matter where you live, youll be enlightened by how American and African leaders could improve life for everyone with the insights, analysis, and recommendations in Cordial Relations between Africa and America in the Twenty-First Century.