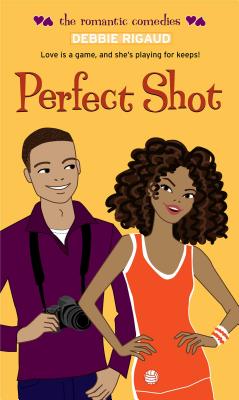 
Ships to Our Store in 1-5 Days
(This book cannot be returned)
A jock turned model gets a chance at love in this romantic comedy by Debbie Rigaud.

Who doesn’t want to be a cover girl?

London Abrams’s first love is volleyball, so why does she enter an online modeling competition? Answer: superhottie Brent St. John. London spots Brent signing in contestants at a store, and she gets in line simply to say hi. But she never dreams she’ll make it into the competition!

London’s now up against fourteen hungry fashionistas willing to do whatever it takes to win. All she wants to win is Brent’s heart…but the money prize couldn’t hurt. If London plays this right, she can win the contest, the boy, and the cash. GAME ON!
YA author Debbie M. Rigaud began her writing career covering news and entertainment for magazines. She’s interviewed celebs, politicians, social figures and “real” girls. Her writing has appeared in Seventeen, CosmoGIRL!, Essence, J-14, Trace, Heart &Soul and VIBE VIXEN, to name a few. Her first YA fiction writing is published in the omnibus HALLWAY DIARIES/KimaniTru Press/September 2007. She currently lives in Bermuda.