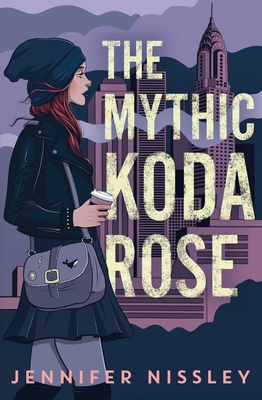 
Ships to Our Store in 1-5 Days
In the spirit of Nina LaCour and Adam Silvera, this offbeat and romantic debut novel follows a teen girl whose desire to find out more about her late rock star father brings her closer to the last person she expected.

Everything Koda Rose knows about her father she’s learned from other people. Moving to New York City with her mom won’t change that, even if New York was Mack Grady’s city—where he became famous, where he wrote his music, and also where he died.

Koda has more important things on her mind. Like how she’s in love with her best friend, Lindsay, and doesn’t have the courage to tell her. Agonizing over how to confess her feelings leads Koda to explore Mack’s enigmatic history in search of answers. She tracks down her dad’s band mate and ex-girlfriend, Sadie Pasquale, and finds herself becoming rapidly obsessed with the mercurial musician.

As Koda and Sadie’s complicated bond deepens, they are both forced to grapple with the black hole Mack left behind, or get sucked in themselves.
Jennifer Nissley is an instructor of writing in a developmental college program, where she has the privilege of working with native and new English speakers from all across the globe. She received her MFA in fiction from Stony Brook University at Southampton and lives with her wife in Queens, New York.