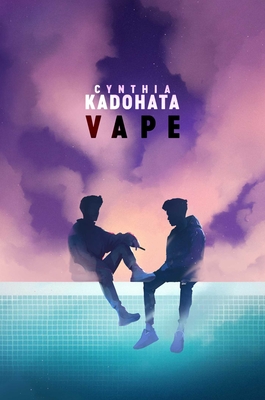 
Not Yet Published
A teen boy thinks his vaping habit is harmless until it becomes a crippling addiction of nightmarish dimensions in this searing young adult novel from Newbery and National Book Award winner Cynthia Kadohata.

Sixteen-year-old Elijah is pretty damn sick of his parents always being on his case about vaping. It’s not like he’s shooting up or knocking back pills. Until something changes, so slowly Jacob isn’t even aware it’s happening. Instead of vaping every now and then when he wants to, he’s vaping all the time because he has to.

And soon, Elijah and his friends need even more than vaping and are stumbling their way into the sprawling drug culture of Southern California, where girls sell pictures of themselves for vape and pill money, and the dealers are cutthroat. The more desperate the teens become, the more money they need. And to get that money they’re being blackmailed into an impossible choice—and an end you won’t see coming.
Cynthia Kadohata is the author of the Newbery Medal–winning book Kira-Kira, the National Book Award winner The Thing About Luck, the Jane Addams Peace Award and PEN America Award winner Weedflower, Cracker!, Outside Beauty, A Million Shades of Gray, Half a World Away, Checked, A Place to Belong, Saucy, and several critically acclaimed adult novels, including The Floating World. She lives with her dogs and hockey-playing son in California. Visit her online at CynthiaKadohata.com.