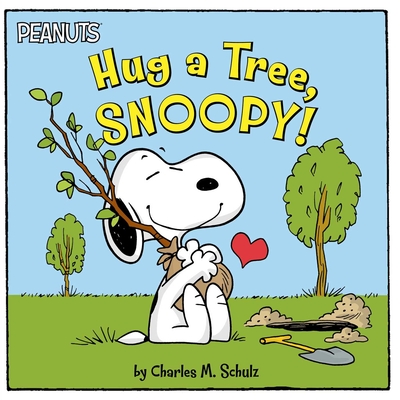 In this 8x8 storybook, Charlie Brown, Snoopy, and their friends decide to plant a tree!

Charlie Brown, Snoopy, and the Peanuts gang are learning about trees in school and decide to plant a tree in their neighborhood to add to the many trees they love. They hope their new tree will clean the air and provide a shady spot for a picnic, but first they have to plant it, water it, and watch it grow!

© 2022 Peanuts Worldwide LLC
Charles M. Schulz is a legend. He was the hand and heart behind fifty years of Peanuts, which featured one of the world’s most beloved and recognizable casts of cartoon characters, until his death in 2000.

Tina Gallo has worked in children’s publishing for twenty years. She has written more than sixty children’s books and currently resides in Throggs Neck, New York.

With over thirty years in animation, comic books, magazine illustration, and children’s books, Robert Pope’s family has seen a great deal of the back of his head. Robert currently illustrates the Peanuts gang for both BOOM comics and Simon Spotlight’s Ready-to-Read series. He also pencils Looney Tunes for DC comics! Robert has drawn for Scooby-Doo, Batman: The Brave and the Bold, Space Ghost Coast to Coast, Johnny Bravo, The Powerpuff Girls, Foster’s Home for Imaginary Friends, The Grim Adventures of Billy and Mandy, and many others for both comics and animation.