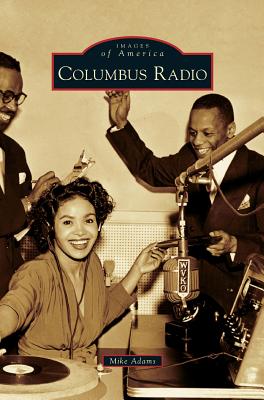 
Ships to Our Store in 1-5 Days
(This book cannot be returned)
Two professors and a preacher invented Columbus radio. It began with science experiments in classrooms and a minister's desire to expand beyond his churchgoing audience. By 1922, government licenses had been issued for WEAO at Ohio State University and WJD at Denison University. At this same time, a Baptist minister went on the air for an hour each Sunday morning using a 10-watt transmitter licensed as WMAN. In this story of Columbus radio, the work of the professors and the preacher will evolve into radio with advertiser-supported programs of information and entertainment. Three important radio stations will serve a growing Columbus radio audience in different ways: WEAO becomes WOSU, a national pioneer in using radio for teaching; WMAN becomes WCOL and in the 1960s is number one in audience size; and CBS affiliate WBNS becomes the class act of Columbus radio, retaining the major share of local listeners for many decades. Including many other stations of lesser influence, the illustrated stories of Columbus radio are told in this book.