Tall Tales and Half Truths of Billy the Kid (Hardcover) 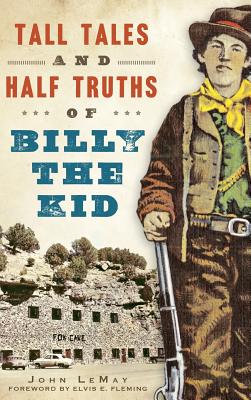 Tall Tales and Half Truths of Billy the Kid (Hardcover)


Ships to Our Store in 1-5 Days
(This book cannot be returned)
While many lionize Billy the Kid, the man who killed him, Sheriff Patrick Floyd Garrett, has a rarely told but riveting true story all his own. His adventurous life spawned many a far-fetched, exciting legend. In 1896, Garrett's investigation of the still-unsolved murder of Albert J. Fountain on the White Sands led to nothing but a gunfight and a dead deputy. Some say that Garrett faked the details the night the Kid was brought to ultimate justice, while others swear another wannabe hero did him in. In perfect irony, Garrett's own 1908 death is shrouded in mystery. Some report he died by the hand of Billy the Kid himself. Author John LeMay exposes fabricated tales for what they are and focuses on memories long forgotten about Billy the Kid's personal grave digger, Sheriff Pat Garrett.