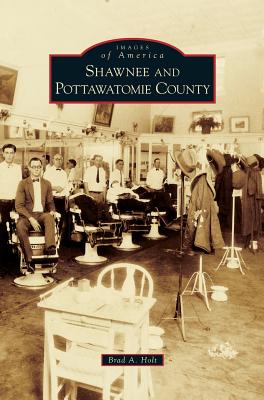 By Brad A. Holt


Ships to Our Store in 1-5 Days
(This book cannot be returned)
Restless pioneers surrounded the border of what would become Pottawatomie County, Oklahoma, on September 22, 1891, with the goal of staking prime land. The crowd was diverse and not always well-behaved, but chaos eventually turned to order. Businesses opened quickly, and towns were established. Tecumseh would be designated the county seat, but it would not be long before Shawnee would steal it away and even have aspirations of becoming the state capital. Shawnee and Tecumseh would become the focus of the county, but other towns like Asher, Dale, Earlsboro, Macomb, Maud, McLoud, St. Louis, and Wanette persevered in their own ways, bringing a unique version of small-town charm. Pottawatomie County today is home to just over 70,000 citizens. Shawnee, still the county seat, boasts a prestigious college and university and is known as the birthplace of Sonic Drive-In. Sixteen sites listed in the National Register of Historic Places are in the county. Jim Thorpe, Gordon Cooper Jr., Wanda Jackson, and Brad Pitt have all called Pottawatomie County home.