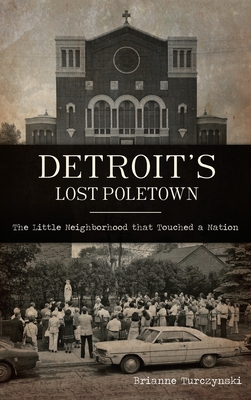 
Ships to Our Store in 1-5 Days
Poletown was a once vibrant, ethnically diverse neighborhood in Detroit. In its prime, it had a store on every corner. Its theaters, restaurants and schools thrived, and its churches catered to a multiplicity of denominations. In 1981, General Motors announced plans for a new plant in Detroit and pointed to the 465 acres of Poletown. Using the law of eminent domain with a quick-take clause, the city planned to relocate 4,200 residents within ten months and raze the neighborhood. With unprecedented defiance, the residents fought back in vain. In 2004, the Michigan Supreme Court ruled that the eminent domain law applied to Poletown was unconstitutional--a ruling that came two decades too late.