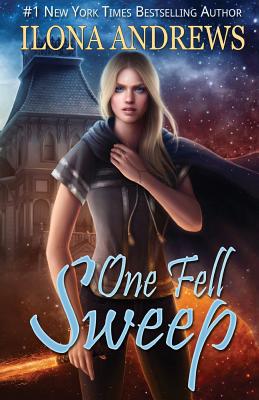 Dina DeMille may run the nicest Bed and Breakfast in Red Deer, Texas, but she caters to a very particular kind of guest... the kind that no one on Earth is supposed to know about. Guests like a former intergalactic tyrant with an impressive bounty on her head, the Lord Marshal of a powerful vampire clan, and a displaced-and-superhot werewolf; so don't stand too close, or you may be collateral damage. But what passes for Dina's normal life is about to be thrown into chaos. First, she must rescue her long-distant older sister, Maud, who's been exiled with her family to a planet that functions as the most lawless penal colony since Botany Bay. Then she agrees to help a guest whose last chance at saving his civilization could bring death and disaster to all Dina holds dear. Now Gertrude Hunt is under siege by a clan of assassins. To keep her guests safe and to find her missing parents, Dina will risk everything, even if she has to pay the ultimate price. Though Sean may have something to say about that From the New York Times #1 bestselling author, Ilona Andrews, comes a new tale from the Innkeeper Chronicles"Ilona Andrews's books are guaranteed good reads."-Patricia Briggs, #1 New York Times bestselling author of Fire Touched.

New York Times Bestselling author Ilona Andrews is the pseudonym for a husband-and-wife writing team. Ilona is a native-born Russian and Gordon is a former communications sergeant in the U.S. Army. Contrary to popular belief, Gordon was never an intelligence officer with a license to kill, and Ilona was never the mysterious Russian spy who seduced him. They met in college, in English Composition 101, where Ilona got a better grade. (Gordon is still sore about that.) Gordon and Ilona currently reside in Texas with their two children, three dogs and a cat. They have co-authored two series, the bestselling urban fantasy of Kate Daniels and romantic urban fantasy of The Edge. You can read more about their work on their website: http: //www.ilona-andrews.com