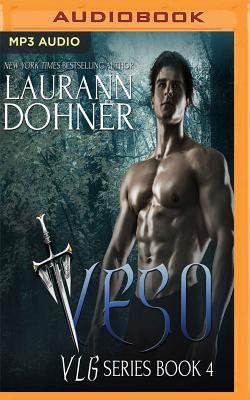 This is book number 4 in the VLG series.

Drugged and kidnapped by Vampires, presumed dead by his clan, powerful VampLycan Veso must rely on a creature he dislikes almost as much as the suckheads who nabbed him if he hopes to escape - a human. But when Glenda proves more resourceful than most of her kind, he agrees to see her safely through the Alaskan wilderness. He'll have to fight an overwhelming attraction to the inquisitive beauty every excruciating step of the way.

Glen doesn't know which is worse: learning she's the distant relative of a Vampire who fancies himself a king (um...what? ), or the fact that said relative is trying to force her to birth his queen by mating her with a half Vampire, half Lycan. Veso is scary, has claws, but he's also key to her survival. She just wishes that she didn't notice all his muscles or the way her body responds to his. He has promised to keep her alive but she might lose her heart in the bargain.