THE RABID WATCHDOGS Abuses within our imperfect world: Reflections of a Psychotherapist (Paperback) 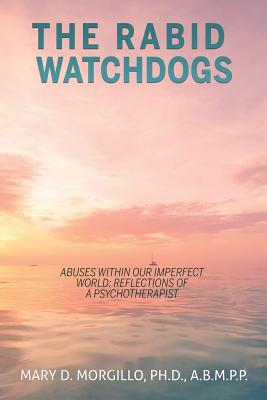 THE RABID WATCHDOGS Abuses within our imperfect world: Reflections of a Psychotherapist (Paperback)


Ships to Our Store in 1-5 Days
All Dr. Morgillo wanted to do was help people improve their mental health and overall livelihood, a calling she felt all her life. However, no one could have prepared her for enduring one of the most trying times of her life, which not only put her private psychology practice and reputation in danger, but also her health and sanity. Shortly after recognizing that the vice-president of the clinic had led them into debt, one therapist found another position and resigned because he believed he might be placed on part-time. Then, when it became necessary to discharge a therapist, it was the beginning of a living nightmare. In her autobiographical work, THE RAPID WATCHDOGS: Abuses within our Imperfect World, she sheds insight into the shocking growth of medical fraud investigations that emerged in the late eighties. Several practitioners were falsely presented to the Medicaid fraud unit by disgruntled former employees, exacerbated by misleading attorneys and indifferent court systems. Dr. Morgillo was one of the professionals falsely accused of medical fraud. When she realized she would be terminated, the former uncooperative therapist had convinced the office manager to aid her in preparing files to suggest insurance claim fraud. The situation escalated when the office manager quit a week later to join forces with the therapist. Dr. Morgillo's struggles continued as her practice came under investigation for fraud and she went through the mockery of a grand jury trial. Only her faith in God and belief He would use this struggle for good kept her hopeful. She wants readers to come away from her story learning from the trials she endured and the na ve mistakes she made, that with prayers and endurance in the face of adversity, they can emerge stronger in their faith.