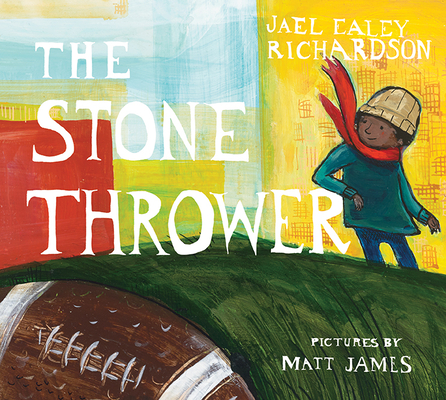 
Currently Unavailable
African-American football player Chuck Ealey grew up in a segregated neighborhood of Portsmouth, Ohio. Against all odds, he became an incredible quarterback. But despite his unbeaten record in high school and university, he would never play professional football in the United States. Chuck Ealey grew up poor in a racially segregated community, but his mother assured him that he wouldn't stay in Portsmouth forever. Education was the way out, and a football scholarship was the way to pay for that education. So despite the racist taunts he faced at all the games he played in high school, Chuck maintained a remarkable level of dedication and determination. And when discrimination followed him to university and beyond, Chuck Ealey remained undefeated. This inspirational story is told by Chuck Ealey's daughter, author and educator Jael Richardson, with striking and powerful illustrations by award-winning illustrator Matt James.

Jael Ealey Richardson is the author of The Stone Thrower: A Daughter's Lesson, a Father's Life, a memoir based on her relationship with her father, CFL quarterback Chuck Ealey. The book received a CBC Bookie Award and earned Richardson an Acclaim Award and a My People Award. Excerpts from her first play, My Upside-Down Black Face, are published in the anthology T-Dot Griots. Richardson has an MFA in Creative Writing from the University of Guelph. She lives in Brampton where she serves as the Artistic Director for the Festival of Literary Diversity (FOLD). Matt James is a noted painter, illustrator and musician. His books have won many awards, including the Boston Globe-Horn Book Award, the Marilyn Baillie Picture Book Award (I Know Here, written by Laurel Croza) and the Governor-General's Award for Children's Illustration (Northwest Passage). Matt lives in Toronto.