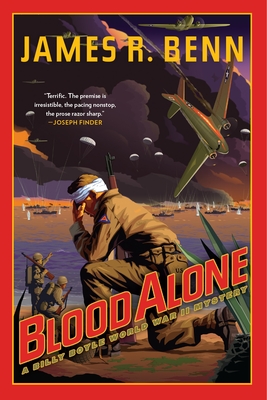 This is book number 3 in the A Billy Boyle WWII Mystery series.

“Billy Boyle wakes up in a field hospital tent in Sicily with a head wound, a silk handkerchief in his pocket, no dogs tags, and no memory. His cop instincts keep him alive long enough for memories to return and to complete his mission. This series just gets better and better!”
— Mary Jane Weber, The Town Book Store, Westfield, NJ

With a case of amnesia, will Billy remember who he is and what is his mission, before more people are killed?

Billy Boyle has been landed in Sicily in advance of the main Allied invasion forces. But when he awakens in a field hospital after suffering a concussion, he has amnesia. He doesn't know who he is or where he is, much less what his mission is. His only clue is that he possesses a yellow silk handkerchief embroidered with the initial L and a lot of people seem to be eager to get their hands on this talisman.

As Billy gradually recovers his memory, he recalls that he is his "Uncle" Ike's personal investigator in the European Theater of War. Before Billy can remember the dangerous task that has been entrusted to him and do his best to carry it out, several people are murdered. Those opposing him include members of various factions of the American Mafia, as well as soldiers of the German and Italian Armies.

Billy finally remembers his name, but to truly resolve the question of his identity he must dig deep into his soul to discover what kind of man he is.

James R. Benn is the author of ten books in the Billy Boyle series: Billy Boyle, The First Wave, Blood Alone, Evil for Evil, Rag & Bone, A Mortal Terror, Death’s Door, A Blind Goddess, The Rest Is Silence, and The White Ghost. A librarian for many years, he lives in Hadlyme, Connecticut, with his wife, Deborah Mandel.
Praise for Blood Alone

“A harrowing adventure that delivers on suspense and, quite movingly, on emotional registers too.”
—Megan Abbott

“James Benn is a wonderful writer and Blood Alone is terrific. The premise is irresistible, the pacing nonstop, the prose razor sharp. Any fan of Ken Follett or Alan Furst, or anyone who enjoys reading about World War II—or just a great story—will love this book.”
—Joseph Finder

“Immediately engaging . . . Blood Alone is an intriguing blend of history and fiction, superbly crafted and paced, easily the best period mystery I’ve read in quite some time.”
—BookPage

“A fast-paced mix of action, adventure, and crime solving . . . A solid series that keeps getting better.”
—Booklist

“Another bracing cocktail of period action with a whodunit chaser from the increasingly authoritative Benn.”
—Kirkus Reviews