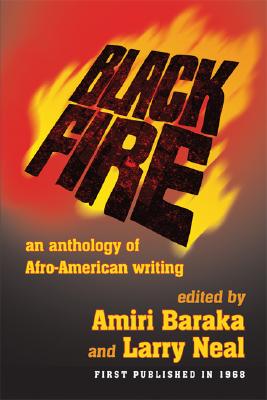 
Currently Unavailable
The defining work of the Black Arts Movement, Black Fire is at once a rich anthology and an extraordinary source document. Nearly 200 selections, including poetry, essays, short stories, and plays, from over 75 cultural critics, writers, and political leaders, capture the social and cultural turmoil of the 1960s. In his new introduction, Amiri Baraka reflects -- nearly four decades later -- on both the movement and the book.