The Fortune-Telling Book: The Encyclopedia of Divination and Soothsaying (Paperback) 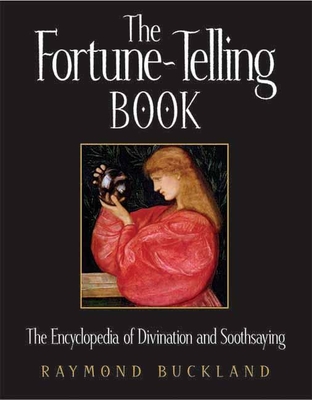 The Fortune-Telling Book: The Encyclopedia of Divination and Soothsaying (Paperback)


Ships to Our Store in 1-5 Days
(This book cannot be returned)
A look at Fortune Telling and Divination from the author of Buckland's Complete Book of Witchcraft Best-selling Wiccan seer and gypsy mystic Raymond Buckland focused his attention on the intuitive art of prognostication in this tome. A master of his art, the late Buckland designed fortune-telling decks, read cards, and did other types of fortune telling for over fifty years. A comprehensive A-to-Z exploration of all that peers into tomorrow, The Fortune-Telling Book: The Encyclopedia of Divination and Soothsaying divines the meanings of 400 key topics relating to this oft-misunderstood, oft-consulted-upon science. Written in clear, concise language, it discusses everything from aeromancy (seeing by observing atmospheric phenomena) to zoomancy (divination by the appearance or behavior of animals) and the 398 others in between.

This fascinating encyclopedia is illustrated with 100 pictures and includes a detailed index and additional reading recommendations. Packed with colorful histories, people, and significant events, The Fortune-Telling Book shows readers how to foretell their own fates. It's sure to please fortune-telling enthusiasts, whatever their powers.

As one of the world's foremost experts on the occult and Wicca practices, Raymond Buckland studied and practiced fortune telling, Witchcraft, Gypsy magic, and other aspects of the supernatural for more than half a century. Of Romany (Gypsy) descent, Buckland was born in London in 1934. He obtained a doctorate in anthropology and, in 1962, moved to America. His spiritual quest led him to the works of Wicca pioneer Dr. Gerald Gardner. Before long, Buckland began serving as Gardner's spokesperson in the United States and was initiated into the Craft shortly before Gardner's death in 1964. He had nearly 40 titles published, including The Witch Book, The Fortune-Telling Book, and the classic Buckland's Complete Book of Witchcraft. Buckland was also the subject of and had written countless newspaper and magazine articles, appeared on many television and radio shows, and lectured on college campuses nationwide.