The Open Conspiracy: What Are We To Do With Our Lives? (Paperback) 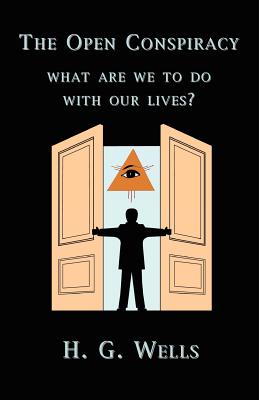 This is a guidebook on world control and management, a program that Wells believed should be orchestrated (and would be successful) through what he called the "Open Conspiracy". This conspiracy is fully outlined in this work and is designed to be run by many separate organizations working together, as opposed to being run by just one group. Is this required reading for the world's most powerful people? Maybe it is. Or maybe it should be. Wells was a visionary and genius whose work should be paid attention to. Chapters include The Idea of the Open Conspiracy, We Have to Clear and Clean Up Our Minds, The Revolution in Education, Religion in the New World, What Mankind Has to Do, Modern Forces Antagonistic to the Open Conspiracy, The Resistances of the Less Industrialized Peoples to the Drive of the Open Conspiracy, The Open Conspiracy Begins as a Movement of Discussion, Explanation and Propaganda, Development of the Activities of the Open Conspiracy, Human Life in the Coming World Community, and more.