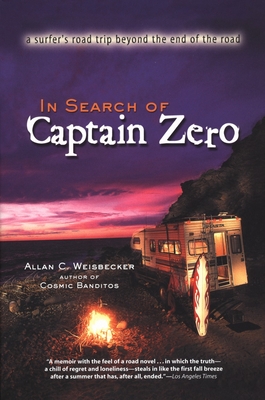 
Currently Unavailable
In 1996, Allan Weisbecker sold his home and his possessions, loaded his dog and surfboards into his truck, and set off in search of his long-time surfing companion, Patrick, who had vanished into the depths of Central America. In this rollicking memoir of his quest from Mexico to Costa Rica to unravel the circumstances of Patrick's disappearance, Weisbecker intimately describes the people he befriended, the bandits he evaded, the waves he caught and lost en route to finding his friend.

In Search of Captain Zero is, according to Outside magazine, "A subtly affecting tale of friendship and duty. [It] deserves a spot on the microbus dashboard as a hell of a cautionary tale about finding paradise and smoking it away."

In Search of Captain Zero: A Surfer's Road Trip Beyond the End of the Road is a Booksense 76 Top Ten selection for September/October.