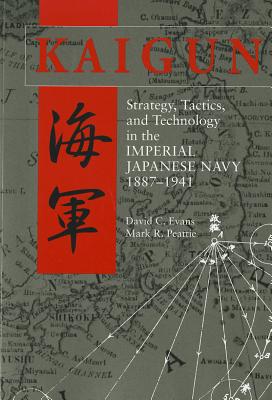 
Ships to Our Store in 1-5 Days
One of the great spectacles of modern naval history is the Imperial Japanese Navy's instrumental role in Japan's rise from an isolationist feudal kingdom to a potent military empire stridently confronting, in 1941, the world's most powerful nation. Years of painstaking research and analysis of previously untapped Japanese-language resources have produced this remarkable study of the navy's dizzying development, tactical triumphs, and humiliating defeat. Unrivaled in its breadth of coverage and attention to detail, this important new history explores the foreign and indigenous influences on the navy's thinking about naval warfare and how to plan for it. Focusing primarily on the much-neglected period between the world wars, two widely esteemed historians persuasively explain how the Japanese failed to prepare properly for the war in the Pacific despite an arguable advantage in capability. Maintaining the highest literary standards and supplemented by a dazzling array of charts, diagrams, drawings, and photographs, this landmark work provides much important information not available in any other English-language source. Consciously avoiding the Eurocentric bias of conventional military scholarship, David Evans and Mark Peattie make a unique contribution to naval historiography that will be prized by serious historians and casual readers alike and that promises to spark debate within the academic community.