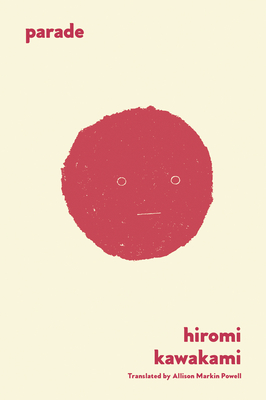 
Available at One of Our Locations
"A parable about memory, mythic characters, and confessional regrets . . . An ethereal, resonating literary gift" (Booklist, starred review) from the internationally bestselling author of Strange Weather in Tokyo.

"On a summer afternoon, Tsukiko and her former high school teacher have prepared and eaten somen noodles together.

“Tell me a story from long ago,” Sensei says.

“I wasn’t alive long ago,” Tsukiko says, “but should I tell you a story from when I was little?”

“Please do,” Sensei replies, and so Tsukiko tells him that, when she was a child, she awakened one day to find something with a pale red face and something with a dark red face in her room, arguing with each other. They had human bodies, long noses, and wings. They were tengu, creatures that appear in Japanese folktales.

The tengu attach themselves to Tsukiko and begin to follow her everywhere. Where did they come from and why are they here? And what other invisible and unacknowledged forces are acting upon Tsukiko’s seemingly peaceful world?"
Hiromi Kawakami was born in Tokyo in 1958. Her first book, God (Kamisama) was published in 1994. In 1996, she was awarded the Akutagawa Prize for Tread on a Snake (Hebi o fumu), and in 2001 she won the Tanizaki Prize for her novel Strange Weather in Tokyo (Sensei no kaban), which was an international bestseller. The book was short-listed for the 2012 Man Asian Literary Prize and the 2014 International Foreign Fiction Prize.

Allison Markin Powell is a translator, editor, and publishing consultant. In addition to Hiromi Kawakami’s Strange Weather in Tokyo, The Nakano Thrift Shop, and The Ten Loves of Nishino, she has translated books by Osamu Dazai and Fuminori Nakamura, and her work has appeared in Words Without Borders and Granta, among other publications. She maintains the database japaneseliteratureinenglish.com.