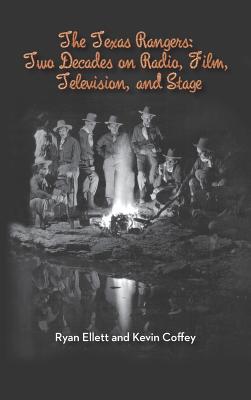 
Ships to Our Store in 1-5 Days
(This book cannot be returned)
This is the hardback version. Kansas City's KMBC was home to many country and western artists during radio's golden age but few could match the popularity and longevity of the Texas Rangers. Debuting in 1932, the Texas Rangers entertained America by radio, records, tours, motion pictures and television before finally disbanding in the 1950s. With few commercially released singles, the Texas Rangers were soon forgotten after their heyday except by the most devoted fans of the genre. Now, nearly six decades after the end of their performing years, The Texas Rangers: Two Decades on Radio, Film, Television, and State offers an in-depth history of the Texas Rangers. This book provides a rare look into the personalities and business dealings that kept the group performing before the public for more than twenty years.