This One Time with Julia (Paperback) 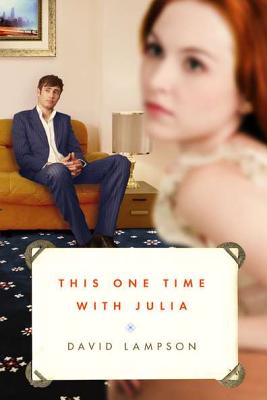 This One Time with Julia (Paperback)

After Joe's parents died, he stopped growing up. He doesn't know where his money comes from. His diet consists primarily of cheeseburgers from McDonald's. He plays basketball on the level of a pro, but he has only ever played on the streets. Then his brother disappears, and Julia shows up. Joe falls in love with Julia as quickly as his twin brother, Alvin, did. And like Alvin did before him, he runs away with Julia to her parents' hotel. There, he's so blinded by her seductive, dysfunctional family that he can't see the truth of his brother's disappearance ...until he accidentally stumbles upon Alvin's killer.

David Lampson (www.davidlampson.com) was born in Northern California and grew up in Boston and Philadelphia. In 2004, David won a scriptwriting reality show called "Situation: Comedy" on Bravo. And in 2005, an obsessive interest in the tango fueled a five-year move to Argentina. Now David lives and writes in Los Angeles.