The Revenge of Joe Wild (Paperback) 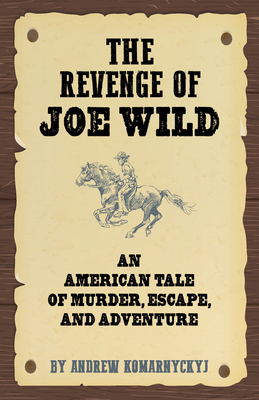 The Revenge of Joe Wild (Paperback)

The Revenge of Joe Wild is a young adult novel about a semi-literate 12-year-old boy growing up in mid-19th-century Southern Illinois, an outsider who can't fit in with the norms of society. When Joe is accused of murdering his friend Ervan Foster, he flees the authorities and goes on the run, vowing to one day return as an adult, find out who the real killer is, clear his name, and avenge Ervan's death.

While on the run, Joe has many funny, dangerous, and eye-opening adventures which include joining the Union army and fighting in the American Civil War. When the war ends, Joe returns to his hometown, an armed and battle-tested 16-year-old. He confronts his accusers, but when Joe finds out the truth behind Ervan's murder, he makes peace with the man who falsely accused him, as well as with himself.

In the great tradition of such 19th-century American authors as Mark Twain, James Fennimore Cooper, and Stephen Crane, The Revenge of Joe Wild is a humorous, tense, action-filled novel set against the dramatic backdrop of the Civil War, with themes involving racism, sexuality, and misinformation that are just as relevant in the 21st century as they were during the time of Joe Wild.