A Concatenation of Conspiracies: "Irish" William Blake and Illuminist Freemasonry in 1798 (Hardcover) 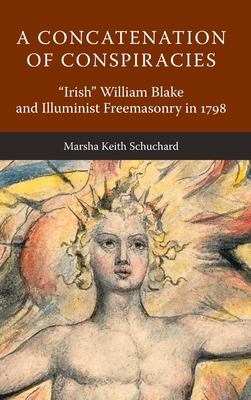 By Marsha Keith Schuchard
Email or call for price

Sometimes conspiracies are real or even "benevolent," as the Irish nationalist William Drennan wrote in 1791. His work to utilize "illuminist" Freemasonry to gain Irish independence placed the movement in the international context of conservative versus liberal debates on the alleged role of radical Masonry in revolutionary plots. Drennan wrote that "such schemes are not to be laughed at as romantic, for without enthusiasm nothing great was done." While the reactionary Abb Barruel warned about "the concatenation of conspiracies," his English translator Robert Clifford targeted the United Irishmen as the most dangerous seditionists. But the visionary artist William Blake-an advocate of enthusiasm-sympathized with the Irish rebels and infused support for their cause into the imagery of his greatest works. He also knew that the Irish angel harp-the nationalists' main symbol-was "no gentle harp." When he revealed that "they give the oath of blood in Lambeth," he possibly wrote from personal experience in an oath-bound secret society.