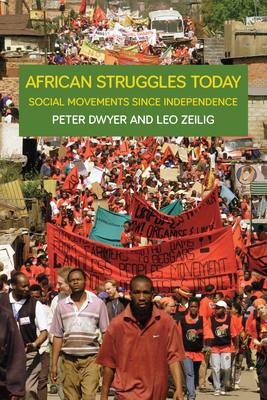 Three leading Africa scholars investigate the social forces driving the democratic transformation of postcolonial states across southern Africa. Extensive research and interviews with civil society organizers in Zimbabwe, South Africa, Zambia, Malawi, Namibia, and Swaziland inform this analysis of the challenges faced by non-governmental organizations in relating both to the attendant inequality of globalization and to grassroots struggles for social justice.

Peter Dwyer is a tutor in economics at Ruskin College in Oxford.

Leo Zeilig Lecturer at the Institute of Commonwealth Studies, University of London.

Peter Dwyer: Peter Dwyer is a tutor in economics at Ruskin College in Oxford. As a lifelong trade union member, he has been involved as a researcher and campaigner in a variety of social movement campaigns in both in the UK and South Africa. He has written extensively on political change in South Africa. Dr Leo Zeilig is a lecturer at the Institute of Commonwealth Studies, University of London. He has written widely on student movements and radical politics in Africa. He is the author of Revolt and Protest: Student Politics and Activism in sub-Saharan Africa I.B. Tauris (London & New York, 2007) and Class Struggle and Resistance in Africa (Haymarket Books, 2008).

"[The] experience of explosive movements for change therefore has to be set against their limitations - including the question of political leadership and organisation and the ideological underpinning of the revolts. Such questions are not of importance for Africans or people who are interested in African politics alone: they concern questions that face activists everywhere. Therefore this history and analysis deserves much wider circulation. Readers who may have knowledge of one part of Africa will gain from the detailed analysis of countries that they are less familiar with."
Charlie Kimber, Socialist Review