Before the Next Bomb Drops: Rising Up from Brooklyn to Palestine (Paperback) 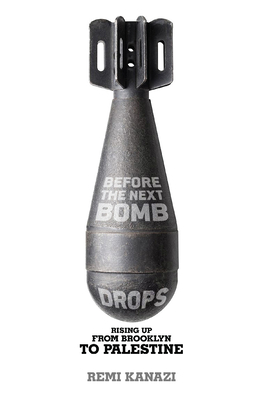 Before the Next Bomb Drops: Rising Up from Brooklyn to Palestine (Paperback)

Remi Kanazi's poetry presents an unflinching look at the lives of Palestinians under occupation and as refugees scattered across the globe. He captures the Palestinian people's stubborn refusal to be erased, gives voice to the ongoing struggle for liberation, and explores the meaning of international solidarity.

In this latest collection, Kanazi expands his focus outside the sphere of Palestine and presents pieces examining racism in America, police brutality, US militarism at home and wars abroad, conflict voyeurism, Islamophobia, and a range of other issues.

Remi Kanazi is a poet, writer, and organizer based in New York City. He is the author of Poetic Injustice: Writings on Resistance and Palestine and the editor of Poets For Palestine. His political commentary has been featured by news outlets throughout the world, including Salon, Al Jazeera English, and BBC Radio. Kanazi has toured hundreds of venues across the United States, Canada, Europe and the Middle East, and he has appeared in the Palestine Festival of Literature as well as Poetry International. He is a Lannan Residency Fellow and an Advisory Committee member for the Palestinian Campaign for the Academic and Cultural Boycott of Israel.