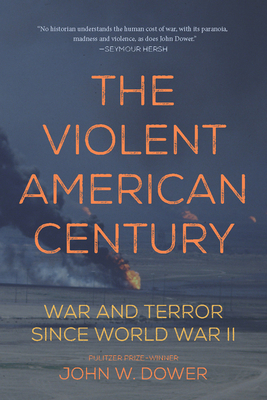 World War II marked the apogee of industrialized "total war." Great powers savaged one another. Hostilities engulfed the globe. Mobilization extended to virtually every sector of every nation. Air war, including the terror bombing of civilians, emerged as a central strategy of the victorious Anglo-American powers. The devastation was catastrophic almost everywhere, with the notable exception of the United States, which exited the strife unscathed and unmatched in power and influence. The death toll of fighting forces plus civilians worldwide was staggering. The Violent "American Century" addresses the U.S.-led transformations in war conduct and strategizing that followed 1945--beginning with brutal localized hostilities, proxy wars, and the nuclear terror of the Cold War, and ending with the asymmetrical conflicts of the present day. The military playbook now meshes brute force with a focus on non-state terrorism, counterinsurgency, clandestine operations, a vast web of overseas American military bases, and--most touted of all--a revolutionary new era of computerized "precision" warfare. By contrast to World War II, postwar death and destruction has been comparatively small. By any other measure, it has been appalling--and shows no sign of abating. The winner of numerous national prizes for his historical writings, including the Pulitzer and the National Book Award, Dower draws heavily on hard data and internal U.S. planning and pronouncements in this concise analysis of war and terror in our time. In doing so, he places U.S. policy and practice firmly within the broader context of global mayhem, havoc, and slaughter since World War II--always with bottom-line attentiveness to the human costs of this legacy of unceasing violence.

JOHN W. DOWER is professor emeritus of history at the Massachusetts Institute of Technology. His many books include War Without Mercy: Race and Power in the Pacific War and Embracing Defeat: Japan in the Wake of World War Two, which won numerous prizes including the Pulitzer and the National Book Award.