A Beast in Paradise (Paperback) 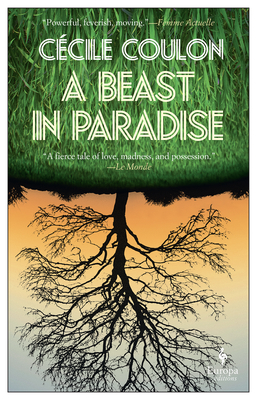 A haunting novel about a lineage of women possessed by their land. Winner of the Le Monde Literary Prize, this French bestseller tells a feverish, whispered story about characters and places haunted by madness, desire, and liberty.

Emilienne's life is Paradise, her isolated farm at the end of a winding path. After the sudden death of her daughter and son-in-law, this is where she farms alone, with her courage and her land as her only resources, along with her two little grandchildren: Blanche and Gabriel. As seasons pass, Blanche grows older and develops an even stronger connection to her home and the generations of women who have guarded it, like her mother and grandmother before her. When she meets Alexandre, Blanche falls into a devastatingly deep love from which she can never recover. Alexandre, devoured by his ambition, wishes to move to the city to make a name for himself, while the passion Blanche dedicates to Paradise dominates her completely. Almost immediately, their differences become irreconcilable, tearing their worlds apart.

Years later, when Alexandre shows up once again on her doorstep, ingratiating himself back into her life, Blanche believes that now she can finally be happy again. But all is not what it seems when there is a darkness lurking at every corner--and Blanche would do anything to protect Paradise.